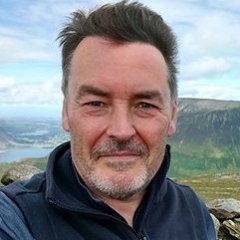 I like a dark version as well. I have an add-on called "Dark Reader" in my browser and using it's default settings I get this.....

No problem it was just a suggestion. Some fora allow them others don't, it's the site owners choice and we respect that.

I have a small request/idea about the posted codes:  include a "select all button" so one doesn't have to scroll through all the lines. 🧙‍♂️